We are a leading aviation training since 1969

Being the first aviation School to be founded in Greece back in 1969, we pride ourselves for the pioneering initiatives that we have shaped aviation studies in Greece.

Our Courses are of high standard requirement classes under the supervision of qualified aviation experts. We are offering accredited knowledge to enhance trainees skills in vast area of learning and/or training in a rigorous standard based discipline.

Our core courses vary broadly in terms of length, size, content and duration and may be offered either in class or via e-learning basis, as well courses on demand.

ΩMEGA International Aviation Academy was founded in order to provide high-level training, consultancy, auditing, software and recruitment solutions to the aviation industry worldwide as a global provider of training and technology for the Aviation Industry

Based in Piraeus, the biggest first harbor in Greece, ΩMEGA International Aviation Academy has focused on courses, concerning the aircraft maintenance engineering, as well as cabin crew, newly updated modules, and customized training programs according to the individual client demanding needs and requirements.

Thanks to its harbor vast HQ location and expanded Laboratories and Technical Facilities, ΩMEGA International Aviation Academy is able to meet the current demands of the International Aviation Industry and to play a critical scope, as one of the most recognized educator and motivator for a wide range of customers across the Middle, and the Far East.

The training programs can be adapted individually to meet the clients’ specific needs and requirements, in class, on-line and/or on demand.

ΩMEGA International Aviation Academy was founded to increase the skilled man power in the international aviation market, working both on ground and in the air, within boundaries or abroad upon request and according to a reciprocal, fruitful and mutually signed agreement of special clauses

Greece (Greek: Ελλάδα), officially the Hellenic Republic (Ελληνική Δημοκρατία), historically also known as Hellas, is a country in Southern Europe, with a population of approximately 11 million as of 2016. Athens is the nation's capital and largest city, followed by Thessaloniki.

Greece is located at the crossroads of Europe, Asia, and Africa. Situated on the southern tip of the Balkan peninsula, it shares land borders with Albania to the northwest, the Republic of Macedonia and Bulgaria to the north, and Turkey to the northeast. The Aegean Sea lies to the east of the mainland, the Ionian Sea to the west, the Cretan Sea and the Mediterranean Sea to the south. Greece has the longest coastline on the Mediterranean Basin and the 11th longest coastline in the world at 13,676 km (8,498 mi) in length, featuring a large number of islands, of which 227 are inhabited. Eighty percent of Greece is mountainous, with Mount Olympus being the highest peak at 2,918 metres (9,573 ft).

The country consists of nine geographic regions: Macedonia, Central Greece, the Peloponnese, Thessaly, Epirus, the Aegean Islands (including the Dodecanese and Cyclades), Thrace, Crete, and the Ionian Islands.

Travel to Greece and the islands have become a must activity, according to the modern lifestyle. Over the last decades, it has been always visited by the jet-setters, including politicians, musicians, actors, artists and other celebrities with a significant contribution to the popularity of Greece.
You will find below information about important aspects of Greece. 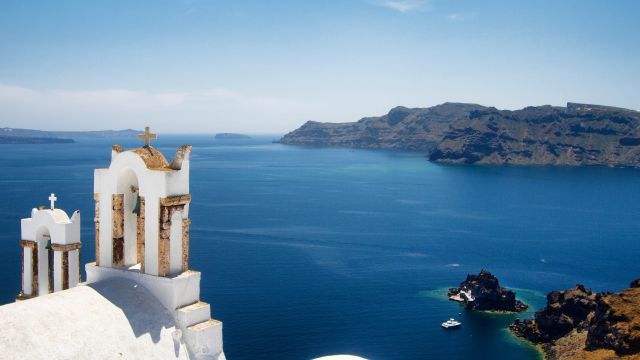 Holidays in Greece is the ultimate summer experience. Why visit Greece?The hot sun, the relaxing beaches, the marvelous nature, the rich culture, and the warm hospitality will charm you from the first step in the country. There are so many islands and mainland resorts in Greece that it will take you many years to explore the entire country. Have a look at the Greek destinations by popularity. However, if you believe that Greece is only about swimming in gorgeous beaches and visiting sightseeing, then also check other types of holidays and you will change your mind. Greece is a wonderful place to visit all year round and gives amazing chances for trips off the beaten track. 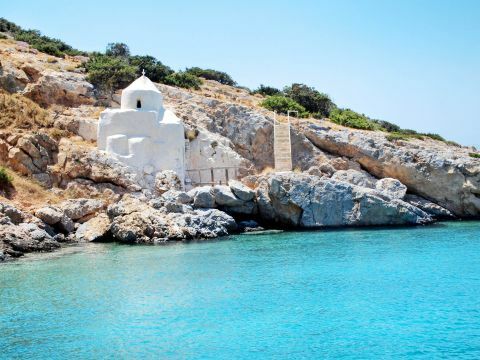 In this website, you will find a huge collection of photos from all the amazing destinations of the country and the Greek islands. All photos were taken by our team of professional photographers but also by members of our online community. New photos are uploaded on a daily basis. As a member, you can upload your holiday pictures from Greece, rate, and comment on photos of other members and also participate in our annual photo contest 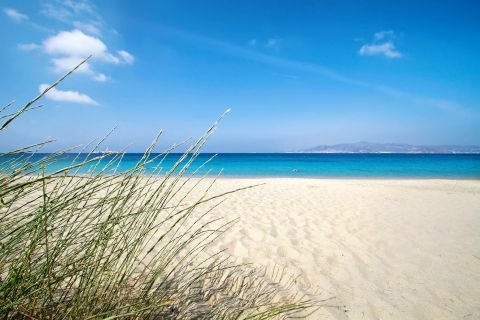 Greece is world famous for its amazing beaches. Sandy or pebbled, organized or secluded, beaches in Greece are ideal for all tastes. Most impressive beaches are found in the Cyclades and the Ionian islands, such as Myrtos Beach in Kefalonia, Navagio Beach in Zakynthos, Porto Katsiki Beach in Lefkada and Super Paradise Beach in Mykonos. Every year, the Greek beaches are rated among the most beautiful and clean beaches in the world. 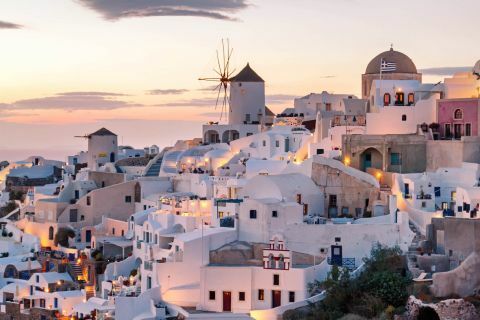 Apart from beautiful beaches, Greece also has traditional and picturesque villages. These villages have differences in architecture, depending on their geographical location. For example, villages in the Cyclades are famous for the white sugar houses, villages in the Dodecanese have a Medieval style, villages in the mainland have more earthy colors, while many cities have beautiful Neoclassical buildings. 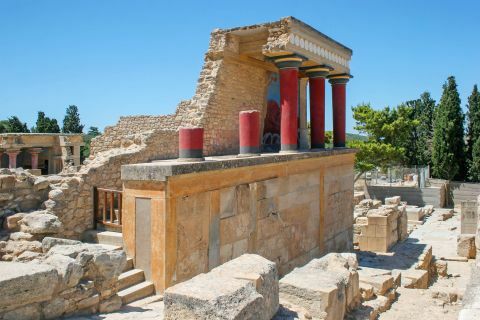 This section proposes information about the various historical periods in Greece and the islands, starting from the Bronze age until modern time. In our website, you will also find information about the history of more than 90 locations in Greece. For more specific interest, check our sections on myths and mythology, famous people and quotes, archaeological sites and historical places listed by Unesco as world heritage monuments. 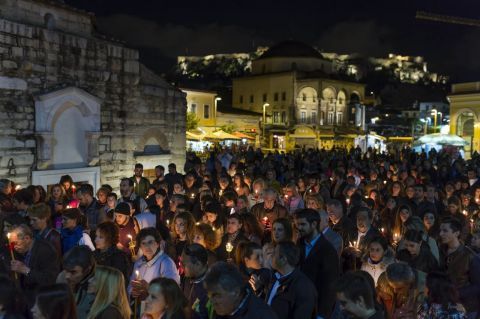 Greece is a mountainous peninsula located on the eastern side of the Mediterranean Sea. With a total area of 130,800 km2, the country is surrounded by sea from three sides. The northern side borders with other Balkan countries. Due to the many islands, in the Aegean and the Ionian Sea, Greece has the longest coastline in Europe and the fifth longest coastline in the world. The country has a population of about 11 million, with 4 million living in Athens, the country's capital. The largest cities after Athens are Thessaloniki and Patras. For a better understanding of the country's geography, check our section with maps and the weather forecast for more than 90 locations. 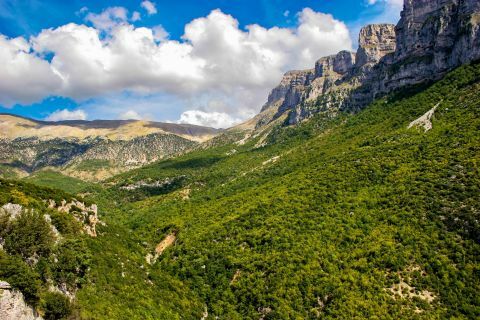 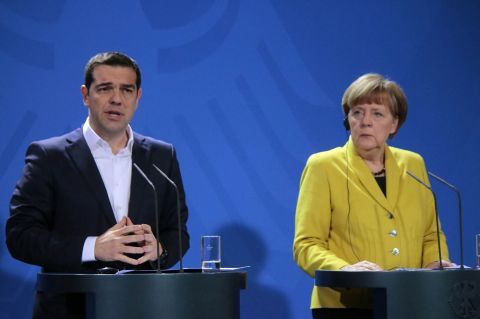 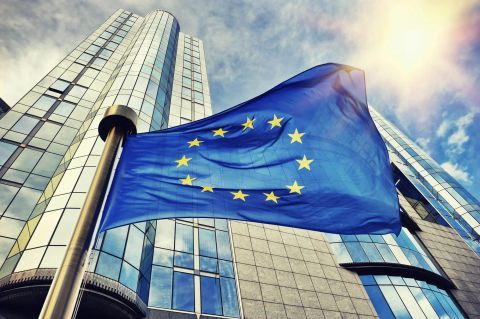 Greece is an agricultural country. 22% of the workforce is employed in agriculture, 27% in the industry sector and 50 % in the services. Tourism and shipping are the sectors that contribute the most to the economy of the country. 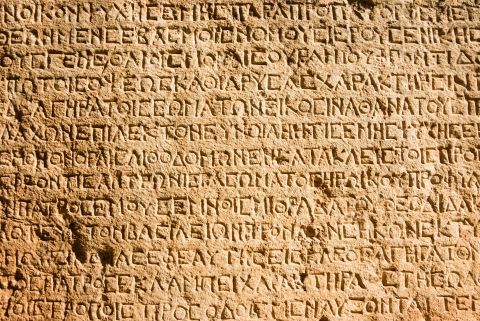 Greek is the only official language of the country. However, a large part of the population, most people working in tourism and the younger generations, speak English fluently and occasionally they also speak other European languages. 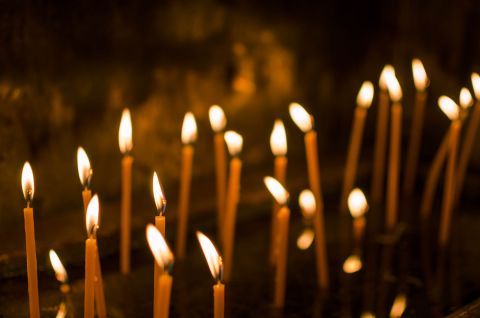 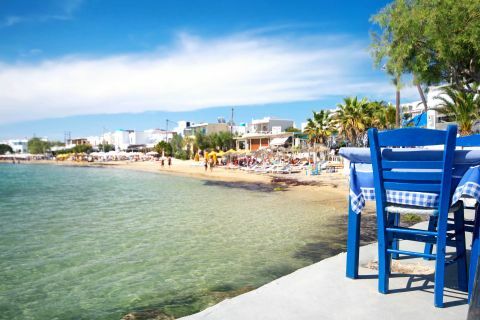 The level of Greek gastronomy is getting higher from year to year. Discover some of the best places to eat, have a cocktail or a dessert. 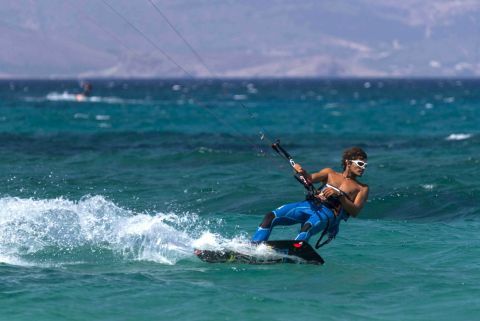 The country is getting a popular destination for sports, extreme sports, and alternative tourism. Discover some of the sports you can practice while on holiday. 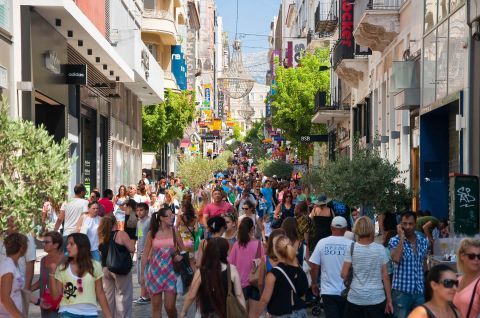 Visitors will find all kind of shops in Greece: from mini-markets and small shops with traditional products to brand shops with expensive items in the most cosmopolitan destinations. 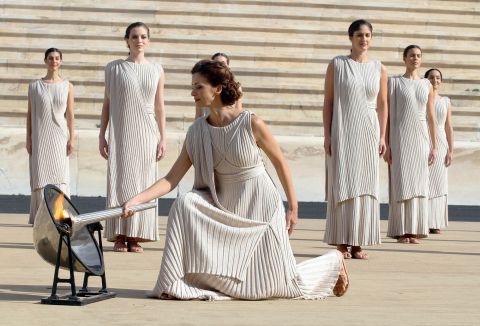 In August 2004, the Olympic Games returned to their birth country. Athletes from over 200 countries joined Athens for 17 days in August 2004. Greece proposes many events, especially in summer. The famous Greek Festival includes various cultural events in venues of Athens and drama performances in the Ancient Theatre of Epidaurus. Also particularly popular in summer are the panigyria, which are actually religious celebrations followed by traditional dancing in the village square. 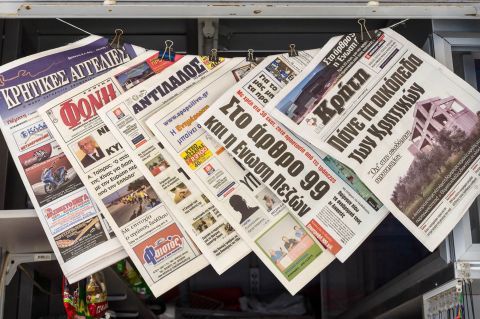 Greece is the European country with the largest number of newspapers. There are 18 daily newspapers in Athens. The foreign press can also be found in large cities and popular islands.

220 volts AC, 50Hz. Round two-pin plugs are used. North American visitors require a transformer and British visitors an adaptor. Some hotels provide these adaptors. Otherwise, you can buy them from the airport or large electric venues.

Like most states in Europe, Summer (Daylight-Saving) Time is observed in Greece, where the time is shifted forward by 1 hour; 3 hours ahead of Greenwich Mean Time (GMT+3).
After the Summer months, the time in Greece is shifted back by 1 hour to Eastern European Time (EET) or (GMT+2)

Banks and Public Services work from 08.00 to 14.00, Monday to Friday. The shops are usually open Monday-Wednesday- Saturday from 09.00 to 15.00 and Tuesday-Thursday-Friday from 09.00 to 14.00 and 17.00 to 20.00. In these three days of the week, shops close for the siesta at noon and open again in the afternoon. In the tourist areas in high season, most shops stay open all day long, from early in the morning till late in the evening. Malls in the cities also stay open all day. 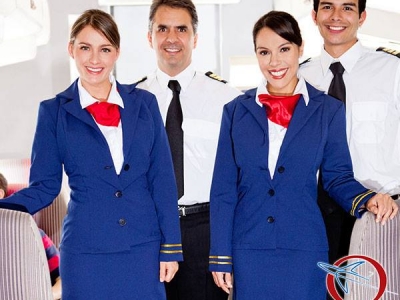 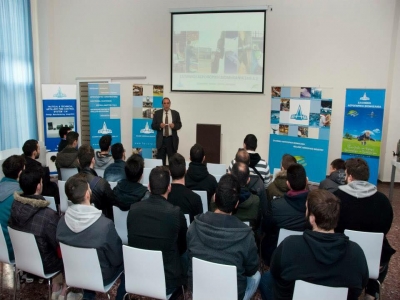 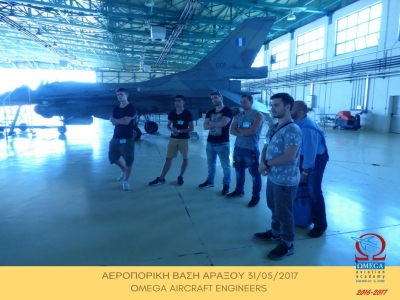 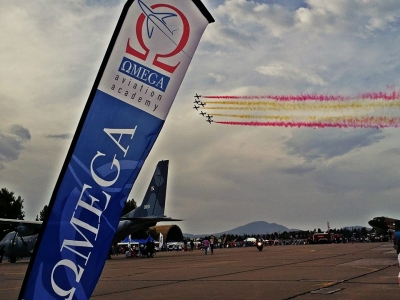 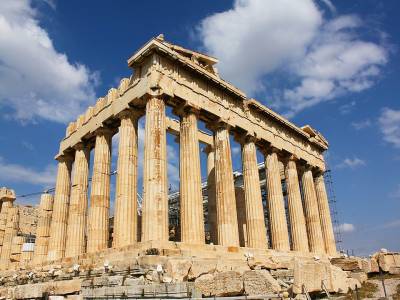 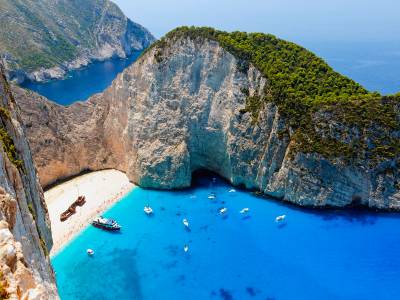 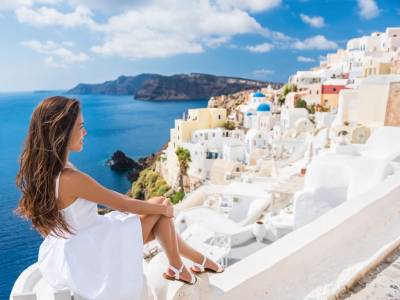 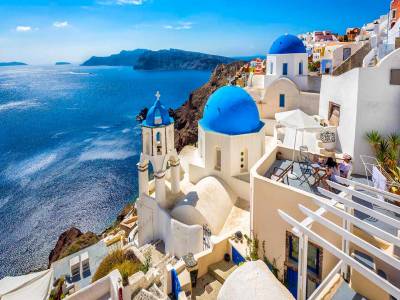