On October 1, a new rector was appointed to the office by the President of the Republic. The new rector, Prof. Dr. Bachint Bálint DLA, was replaced by Dr. habil after 17 years. László Vass, who remains an active member of the university's professional community as rector emeritus and university lecturer. In the second half of October, we hosted our second TEDx event at the Urania National Film Theater under the subtitle LOT / K / COLOR. Three of our new master's programs have been accredited: Human Resource Consulting, Marketing, International Economics and Management.

We hosted our first TEDx event at the Downtown Theater: We had a university at our event titled "Apple of Knowledge" and current students and faculty gave lectures. In November, METU's 4-month, intensive programmer training, METU JUMP , was launched . Our website has been renewed and made cleaner in line with today's requirements. Zsófia Laposa's "4hegy" Italian Riesling selection became METU's wine, which we will use as a protocol wine and as a souvenir.

Not only have we undergone a successful name change, but from January 1, its status will also change: Metropolitan, which became BKF, won the university rank. The change will only benefit the current and future students of the institution, the practice-oriented and market-oriented approach will remain, and the value of the degree obtained at Metropolitan will increase in both the domestic and international markets. From here, our name is Budapest Metropolitan University, METU for short.

2015
As the largest Hungarian private higher education institution, we raise unprecedented capital. The aim of the investment is to promote the domestic and international expansion of BKF, to launch new courses, to strengthen English-language courses, and to attract foreign students through international transactions.

We are reaching a milestone this year. As the largest art educator, the name of the Budapest College of Communication and Business no longer expresses the college's training offer, the institution is ripe for a name change. From September, our students can start their studies at the Budapest Metropolitan College.

2014
has been further expanded to offer training in can be made at design and arts management , as well as fashion and textile design is a master majors. In cooperation with SOTE, we announced the Basic Training in Health Organizer . With the relocation of the Institute of Media Arts, education will begin on our new campus on Rottenbiller Street.

In 2013
the launches of Human Resources Bachelor's degree program, the Master of the art of photography and film academic vocational training.

The number of international connections is already rising to over 50 on three continents.

The College received the Superbrand trademark in recognition of the fact that in addition to the increase in quantity, it also continuously increases the quality and effectiveness of its trainings.

2010
The renovated Rózsa Street campus , the new home for the arts and tourism and hospitality departments, is handed over .

Among other things, the training offer will be expanded with two new master's programs: Communication and Media Literature and Management and Organization .

The BKF's " Creative Promise of the Year " award is presented and the " Creative and Business Thinking " competition, which it has announced for high school students, is launched .

The number of students exceeds 6,000.

The
first graduation of the college will take place in February 2005 .

The BKF Circular Building is being built .

A Wifi network will be built throughout the college.

BKF has become an accredited adult education institution (accreditation registration number: 0456), and in cooperation with Hungarian Television it also trains television journalists. It is an accredited ECDL training and examination institution, in addition to which its Language Proofreading (which also functions as an official language examination center for EURO Exam, ITK-Origo and TOEIC) organizes professional and general language training.

2001
Education with 126 students in BKF, Communication  and Business Communication, begins in the first year.

2000
The Budapest College of Communication and Business, established by the BKF Communication Foundation, is accredited, and education can begin in September 2001.

Hungary is a landlocked country in Central Europe. Its capital, Budapest, is bisected by the Danube River. Its cityscape is studded with architectural landmarks from Buda’s medieval Castle Hill and grand neoclassical buildings along Pest’s Andrássy Avenue to the 19th-century Chain Bridge. Turkish and Roman influence on Hungarian culture includes the popularity of mineral spas, including at thermal Lake Hévíz.

Administratively, Hungary is divided into 19 counties with the capital city of Budapest being independent of any county government.

Hungary is among the top tourist destinations in Europe with the capital Budapest regarded as one of the most beautiful cities worldwide. Despite its relatively small size, the country is home to numerous World Heritage Sites, UNESCO Biosphere Reserves, the second largest thermal lake in the world (Lake Hévíz), the largest lake in Central Europe (Lake Balaton), and the largest natural grassland in Europe (Hortobágy).

Hungary is a landlocked country, situated in the Carpathian Basin. Its two longest rivers called Danube and Tisza divide Hungary into three parts: Transdanubia (to the west of the Danube), the plain between the Rivers Danube and Tisza, and the Trans-Tisza region (to the east of the Tisza). Hungary’s ‘mountains’ are actually hills, which seldom exceed an elevation of 1,000 metres. Two-thirds of Hungary’s geographic area is less than 200 metres above sea level.

Lake Balaton, covering 598 km2, is one of the biggest tourist attractions of the country. The average depth of the lake is two to three metres, so the water warms up quickly in summer.

There are ten national parks in Hungary. Three of them situated on the Great Plain – Hortobágy, Kiskunság and Körös-Maros – provide protection to the wildlife and fragile wetlands, marshes and saline grasslands of the open puszta. Two are in the north: in the almost completely wooded Bükk Hills and in the Aggtelek region with its extensive system of karst caves. Danube-Ipoly is in Central Hungary, Balaton Uplands is in the West and Danube-Drava National Park is located in the South-west of the country, at the Croatian border. Őrség and Fertő-Hanság are situated at the Austrian border.

Hungary is home to more than 2,000 flowering plant species, many of which are not normally found at this latitude. There are a lot of common European animals here (deer, wild hare, boar, otter) as well as some rare species (wild cat, lake bat, Pannonian lizard), and three-quarters of the country’s 450 vertebrates are birds, especially waterfowls, which are attracted by the rivers, lakes and wetlands.

For many international students the Hungarian climate can be very different from that of their countries, as Hungary has four different seasons. Whilst summers are warm, winters can be really cold; average temperatures range from -4 °C in January to 26 °C in July.

Hungary is in the temperate zone and has a relatively dry continental climate. The country is protected from extreme weather conditions by the surrounding mountain ranges, the Alps and the Carpathians.

It’s not always easy to find the right clothes to suit the weather, but the beauty of each season is definitely worth the effort. 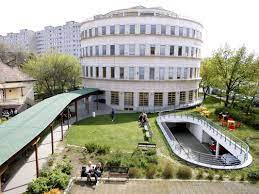 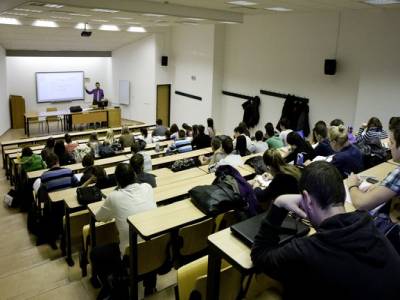 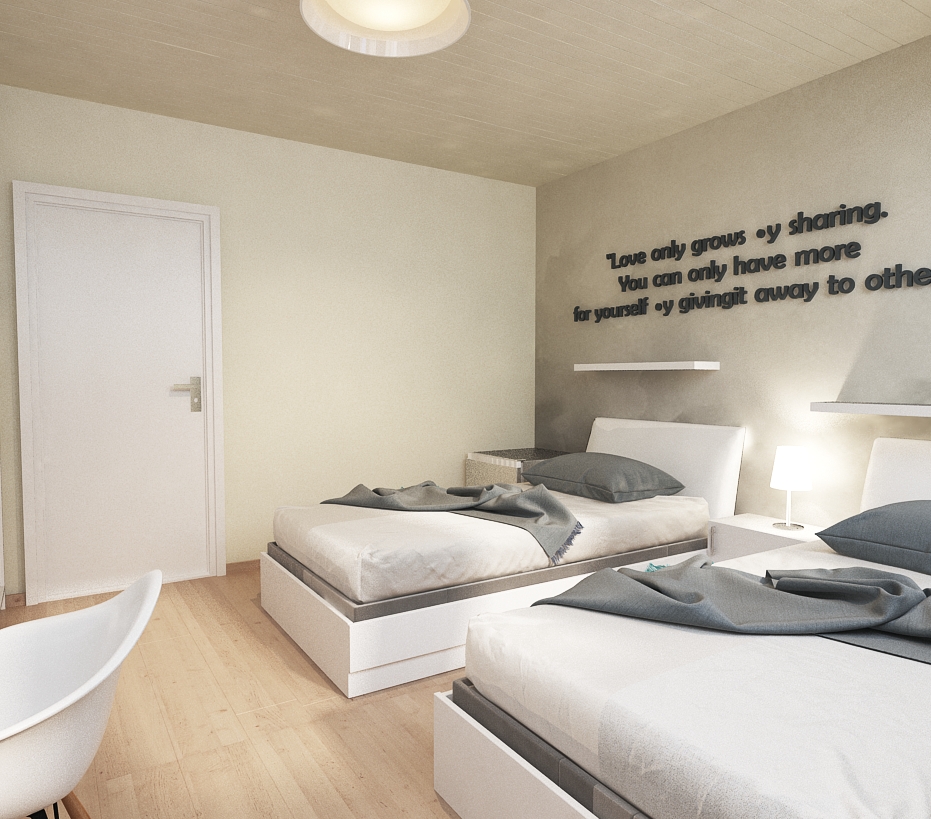 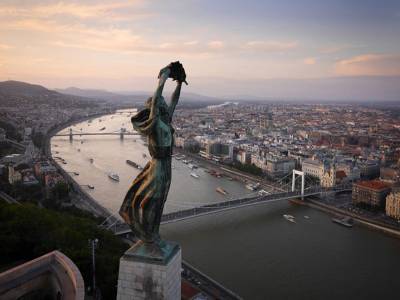 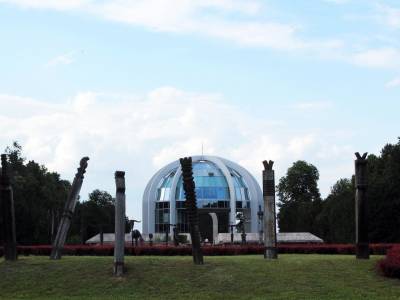 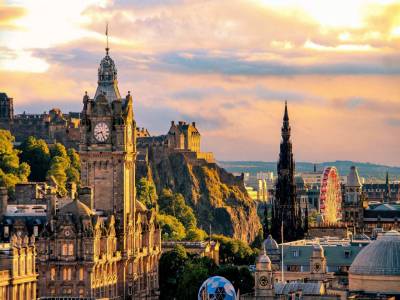 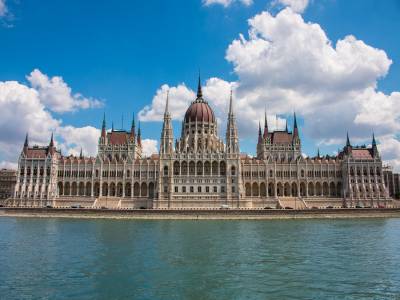