About Victoria University of Wellington

Victoria University of Wellington, originally known as Victoria College, was founded in 1897, the year of Queen Victoria's Diamond Jubilee celebrations.

Victoria University of Wellington is characterised by the depth, consistency, and effectiveness of our culture of domestic and international engagement. Our commitment to reciprocal, high-quality relationships springs from identifying and understanding the need for New Zealand to achieve sustainable development.

We have developed close ties with a wide range of businesses and government organisations, and several recent initiatives are aimed at improving the University’s engagement with industry.

The University's historic strength in public policy has been fully demonstrated by substantial contributions to major government projects, and entrepreneurship education is an emerging strength on which we intend to build. The University also gives high priority to engagement with Māori and Pacific communities.

We aim to produce graduates whose learning has been developed inside and outside of the classroom, experientially, and informed by a global perspective.

Victoria University of Wellington is one of New Zealand’s oldest and most prestigious tertiary institutions with a proud tradition of academic excellence. Discover more about our 115 years of rich history.

The University was founded in 1897 and teaching began in April 1899 with 115 students enrolled in the first year.

For the first few years, lectures took place in rented accommodation in the city while a debate raged over where the new University’s home should be built. Eventually, the College Council decided to build on ‘six vertical acres’ in Kelburn, the site of the Kelburn Campus today.

In 1904, the first stage of what is today known as the Hunter Building was begun, and the building was opened in 1906 by the Governor of New Zealand, Lord Plunket.

A pattern of growth was quickly established. Student numbers rose from 254 in 1905 to over 700 in 1923, with three additions made to the building over this period. A reputation for fine teaching and research also grew, thanks to the efforts of early academics such as Professors ‘Tommy’ Hunter, J.C. Beaglehole and George von Zedlitz.

The University incorporated the Wellington College of Education as the Faculty of Education on 1 January 2005. The following year, the New Zealand School of Music was established by Victoria University of Wellington and Massey University, a centre of musical excellence that combined the institutions’ music programmes.

From a single campus in Kelburn with fewer than 260 students, Victoria University of Wellington has grown into a network of campuses, research centres, institutes and partnerships worldwide.

New Zealand is a country in the southwestern Pacific Ocean consisting of 2 main islands, both marked by volcanoes and glaciation. Capital Wellington, on the North Island, is home to Te Papa Tongarewa, the expansive national museum. 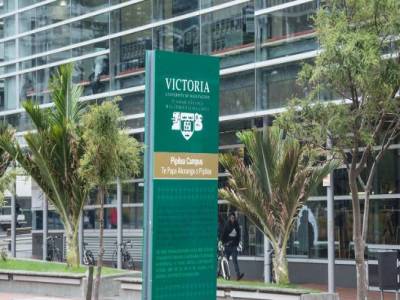 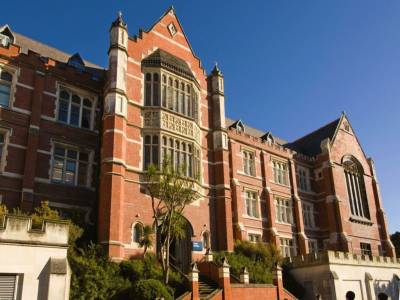 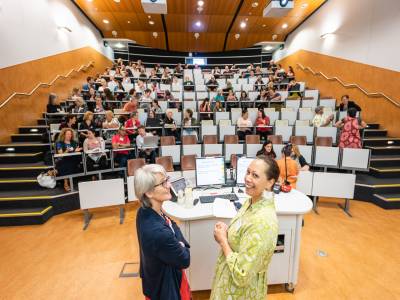 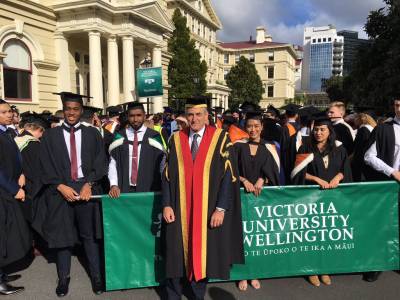 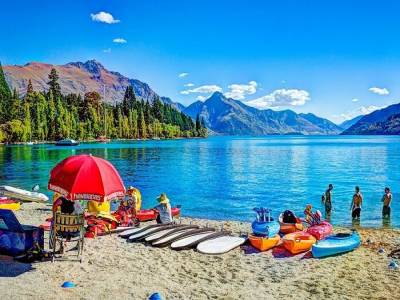 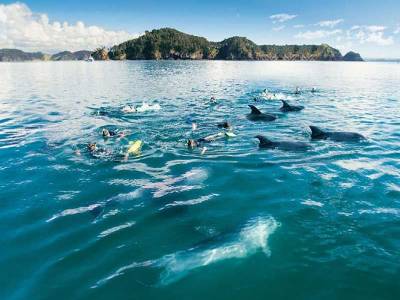 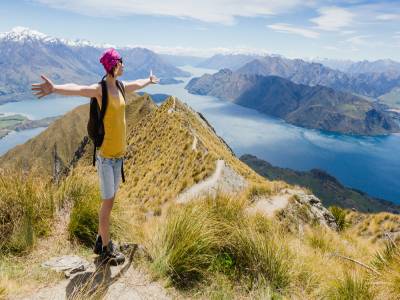 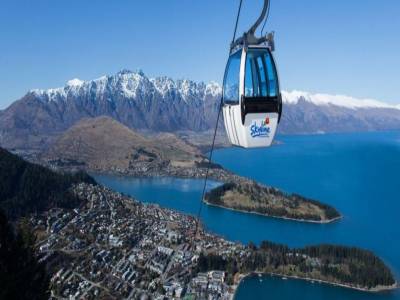